← more from
Somewherecold Records
Get fresh music recommendations delivered to your inbox every Friday.
We've updated our Terms of Use. You can review the changes here.

For Farewell of Nostalgia 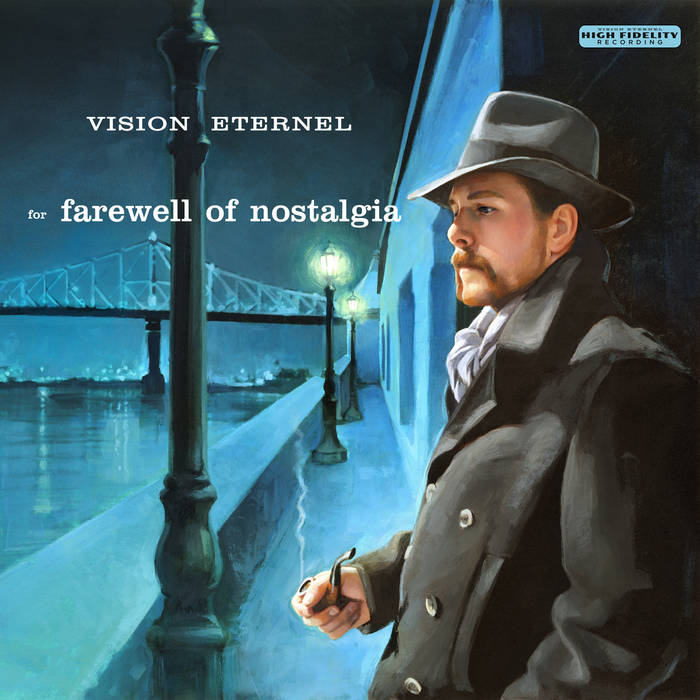 For Farewell Of Nostalgia is Vision Eternel's newest concept EP. It is a narrative of how emotionally devastating falling in love too fast can be and the aftermath of a heartbreak. Sometimes, looking for tender affection can be detrimental; this tale of infatuation, wounding absence, intimacy, melancholia and never-ending nostalgia intends to make the listener feel every bit of that.

Alexander Julien began composing and recording demos for the release in 2017. For Farewell Of Nostalgia was first recorded over seven months from April to October 2018. Unsatisfied with these original recordings, Julien put the release aside for a year, until he ultimately decided to re-record it, entirely from scratch, over the span of two months between October and November 2019.

For Farewell Of Nostalgia was mastered by Carl Saff at Saff Mastering in January 2020 and the cover artwork was illustrated by Michael Koelsch at Koelsch Studios in April 2020. The EP features additional painting and photography by Rain Frances at Rain Frances Art.

Julien also wrote a short story to accompany the release (in place of lyrics in the booklet), which recounts the events that influenced this concept EP. The short story is only available in the physical editions.

"For Farewell of Nostalgia — the sweeping new record from the Quebec-based Vision Eternel, which is the one-man project of Alexander Julien — carries a richly immersive musical journey into emotional depths.

The four-track release centers on guitar-driven ambiance, and tone feels very important to the album’s experience. The songs feel crisp and emotionally piercing — it’s not lo-fi — but the tracks also carry a noticeably heavy emotional weight, with a deep resonance behind each of the components that gives the album a grounding in emotional frigidity, as if you’re suddenly standing in thick snow and/or looking out across a chilly lake when listening to the record. Some moments on the album pack what feels like an emotional shiver, with repeating melodies flowing across the listener’s path with the consistency of a stream gently laying across a hillside.

Of course, with the stable certainty of the natural world that the record feels so attached to comes the fact that the dimmer sides of life aren’t escapable. To be a bit metaphysical, death comes for us all. On a level that’s a bit more personal and direct — and actionable on a day to day basis — interpersonal ties can also fray, whether that development comes in the form of a decaying relationship with a loved one, a loosening connection to a place once called home, or something similar. For Farewell of Nostalgia captures some of this experience with a sense of assessing the emotional damage, in a sense, and there’s a prominent thread of catharsis and, more simply, peace.

The somber stillness that Julien has excavated from the midst of his pulses of emotionally frayed-feeling melody comes across as quite powerful. The main elements in For Farewell of Nostalgia are flowing melodies on the guitar and synth; there are no drum rhythms, and there are no vocals. These guitar melodies frequently repeat for extended periods, with slight but noticeable variations across the performance, as if Julien is capturing the natural ebb and flow of a very real life emotional state. “Moments of Intimacy,” which is the longest track on the record, clocking in at just over 11 minutes, builds through flowing pulses of melody into a conclusion with some emotionally searing dynamic drama. That particular song’s conclusion feels like a film score — the tones feel big and bold but grounded in some sonically wavering emotional reality.

The title track, which closes the record, delivers some steady, soft moments of restrained emotion. Across For Farewell of Nostalgia as a whole, Julien feels like he has captured a mirror for powerful emotional self-assessment. Who couldn’t use the emotional sincerity packed into the album’s push-and-pull combination of shimmering melody and psychological weight?

For Farewell of Nostalgia is available on CD from Somewherecold Records, special edition CD from Abridged Pause Recordings, and cassette from Geertruida. Julien describes this project’s sound as “melogaze,” including elements of ambient, space rock, shoegaze, post-rock, and melodrama."

An interview with Alexande Julien of Vision Eternel at Captured Howls:

For Farewell of Nostalgia is dedicated to Rain Frances.
A sincere thank you to Frank Sinatra for the continuous inspiration.

Vision Eternel is a Canadian-American melogaze band whose musical creations focus on emotion, heartbreak and love. Melogaze, coined by founder Alexander Julien, has been described as a blend of ambient, space rock, shoegaze, post-rock and melodrama.

Bandcamp Daily  your guide to the world of Bandcamp